Isolated her, criticized her, left her – Melina’s story

I was so happy when I got married. Someone was going to take care of me forever, and always be there for me. He told me I was beautiful, and that he wanted me for himself. I didn’t know that meant that he wouldn’t let me see my friends or go to work. When we started our family, Eric was so critical of my mothering. He said I was stupid, and would make our kids stupid too. Eventually he got so fed up with me that he would leave for days at a time. He never explained where he’d been, and several times he didn’t leave me any money for milk or baby food. I was frantic with worry and fear.

One day, Eric just didn’t come back at all. I couldn’t believe that he would abandon me and our two beautiful kids, Amelia and Sammy. I didn’t know what to do. My neighbour Jill saw me crying in the laundry room of our apartment building, and asked what was wrong. I told her. She said that I should talk to Scarborough Women’s Centre. They would know how to help.

I got up the courage to call the Centre, and was so happy to find a friendly voice at the other end of the phone. She told me how to get social assistance and helped me find the closest food bank. Then she told me about the Counselling service at the Centre. I met with the Counsellor on a weekly basis for several months. She helped me sort out my feelings, get used to the idea that I was responsible for myself and our kids.

Once I started to heal emotionally, I realized how much of myself I had hidden for such a long time. I started to think about what I’m good at doing, and began to imagine that it would be possible to get a job one day. I started slowly by doing the Building Self Esteem course at the Centre, and attending some of the other workshops on problem-solving, communication, and goal-setting. I met some really nice women who were going through similar things. It helped me feel like I wasn’t alone.

When I felt stronger, I went back to school, and got my nursing qualifications. It’s so exciting to be working at a job I’m good at, where people appreciate me. I can support my family, and we’re even taking our first vacation this summer.

If it hadn’t been for Scarborough Women’s Centre, I would never have gotten up the courage to find my way. They helped me save my own life, and give my kids a happy home. Thank you so much!

My husband and I came to Canada five years ago, because we wanted our children to have a better life. A distant cousin who lives in Scarborough had told us that it was a good place to live and that we would be able to find work quite easily.

I wasn’t prepared for the emotional shock of being in such a different place. Although Canada is very beautiful, so many things are different. We didn’t know about the laws, we didn’t understand what people were saying, and we missed our family back home. But we were determined to do well, and to bring our skills to this new place.

My children started at the local school within a few weeks of our arrival. It didn’t take long before they were much more comfortable with English than I was. I had learned English at school back home, but everyone spoke so quickly here, and I wasn’t sure what they meant. The kids started to laugh at me because I was so “stupid”. It became harder to discipline them or make them do their homework. The school phoned one day because they were worried about my son, Johnny. He was acting out in class, and he had failed a test. He was trying to get respect from the other boys, and was ashamed of his accent. I had to ask my neighbour to explain the message, because I couldn’t understand it.

My husband was disappointed that he could only find a job driving a taxi, but at least he was working. I still couldn’t find a job at all. We were getting scared about money, and depressed about how hard everything was.

My neighbour saw how worried I was, and knew about our problems with Johnny. She told me about Scarborough Women’s Centre. She said that it was a place where I would be welcome to discuss my concerns, and get help in finding out what to do about them. She said that women from my country, and many other countries had found help there, and that I didn’t need to be embarrassed about my difficulties in getting used to Canada.

I made an appointment with the Counsellor, and she took the time to listen to me, and speak carefully so I could understand her. She told me about some training programs that would help, and she counselled with me for a few months so that I could talk about my personal feelings. I didn’t want to burden my family with my fears. She also introduced me to a volunteer who met with me on a regular basis to practice my English, and discuss life in Canada. The volunteer was very patient, and she introduced me to some of her friends. One day we went ice-skating at the Scarborough Civic Centre with our kids. It was so much fun to feel like part of something again, and know that we were becoming Canadian.

When I felt a little more confident, I attended a workshop on Self Esteem at the Women’s Centre. They helped me apply the lessons I had been learning with the Counsellor, and I began to remember how much I had contributed to my community back home. I want to do that again here. I am studying at the community college to get my certification to work in my field here in Canada. My children are so impressed with how I’ve changed, and they’re starting to do better at school too. The other day, Johnny said “I want to get better marks than you, Mom”.

I’m so happy that I found out about Scarborough Women’s Centre. I hope that other women like me who are getting established in Canada will find them too. I know I’m going to tell everyone I meet! Thank you for helping the Centre make it possible for women to get the support they need so that they can become proud Canadians too! 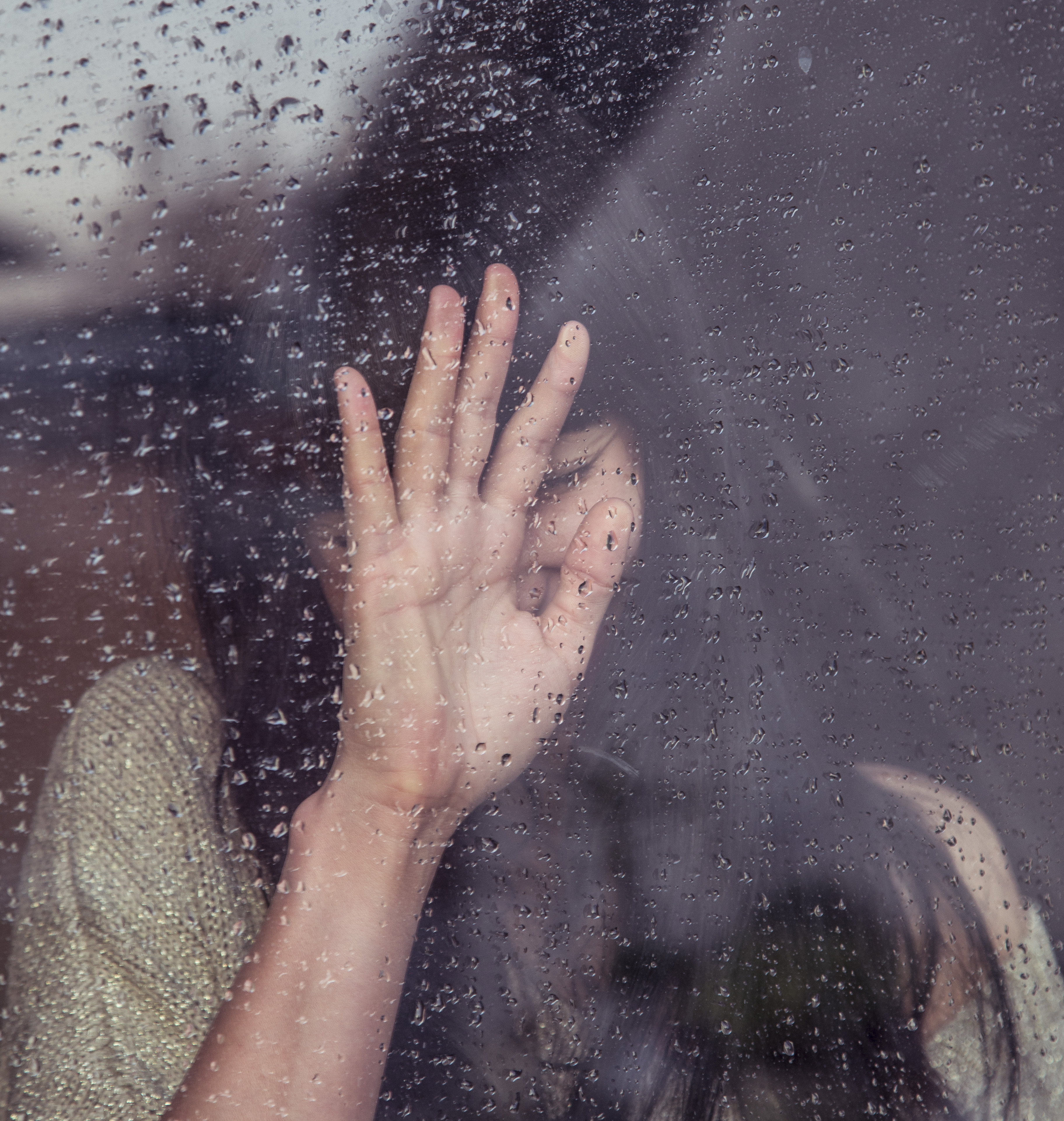 I remember when I first met Olivia. She opened up slowly with us, sharing her story quietly, nervously. She spoke of her happiness as a newlywed. The comfort she took in feeling that she had someone who was going to take care of her forever. Jon had a short temper, but he always told her she was beautiful and that he wanted her for himself. But, soon after they were married, Jon no longer called her “beautiful”. Instead, she was “stupid” and “ungrateful”. She couldn’t do anything right to please Jon.

When they started a family, it only became worse. Jon would get so fed up that he would leave for days at a time, leaving Olivia with no money for milk or baby food. Olivia would beg Jon to stay with her and their baby son, but he would push her away and storm out.

One day, when Jon had returned after a six day absence, Olivia made a special dinner for him. Maybe, if I can do just one thing right, she thought, he won’t leave me again. But as she poured him a drink, she accidentally spilled water on Jon. Jon flew into a rage, pushing her away from him and throwing the glass at her. She fell to the floor as Jon screamed at her for being so stupid and clumsy. As he left the table, he kicked her.

Fearing for their safety, Olivia and her son slipped out quietly that night and went to a friend’s home. Her friend encouraged her to call Scarborough Women’s Centre the next day. Olivia found a friendly voice at the other end of the phone. Our staff worked with Olivia as she got social assistance and found a local food bank. They spoke to her about the Centre’s counselling services and Olivia began to meet with the Counsellor on a weekly basis for several months.

Olivia began to heal physically and emotionally. She attended the Building Self Esteem course at the Centre and other workshops on problem-solving, communication, and goal-setting. She met other women and realized she wasn’t alone.

Now, with the help of Scarborough Women’s Centre, Olivia is back in school studying Early Childhood Education, supporting her son independently.

But sadly not all women are as lucky.

If you are a woman in crisis and need help right now, see below for some resources to help.

Click here.
Remember to delete this site from your browser history.

You will get the voice mail right away.  Please follow the prompts to choose which extension you want to connect with.  During office hours there is someone live to answer the phone at extension 107.

If she is with another caller, please leave a message and let us know if it’s safe to call and safe to leave a message. We will call you back using a blocked (private caller) number.

Yes, we are still providing support to women!

In light of the COVID-19 pandemic, we have modified services but continue to operate. Please visit Our COVID-19 Response Plan page to learn more.

This flyer gives you an overview of the programs and services we offer and how to get in touch with them. Our Services (pdf)     OUR SERVICES (Word document)

Our newsletter for Winter 2022, describes our activities, introduces staff and volunteers, and appreciates our wonderful supporters.  Winter 2022 Newsletter

The Spring/summer webinars will start on Thursday May 5th. The flyer is on our website www.scarboroughwomenscentre.ca/workshops/

You must pre-register to get your link to the webinar.  They will be offered on the Webex Meetings platform and you will have the option of opening your camera and/or microphone if you wish.  To register, call 416-439-7111 x 107 or email outreach@scarboroughwomenscentre.ca or use the contact form on our Services – Webinars page.  Don’t forget to let us know if it is safe to call, safe to leave a message, and any accommodations that you will require.  We look forward to seeing you!

Webinars for women with disabilities

The young women’s program has been offering interactive webinars.  Check out their page on our website https://www.scarboroughwomenscentre.ca/young-women/ for more information.  The Spring flyer is now posted for April and May 2022.  We look forward to seeing you!

THE CENTRE IS A SCENT-FREE ENVIRONMENT

You can help create a safe environment for women. We must ask that you respect the sensitivities and allergies of others and not endanger their health. To see the policy, go to the Services drop down menu and select Workshops

Send us your email address for once or twice per month email broadcasts.